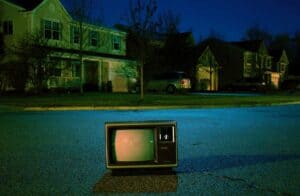 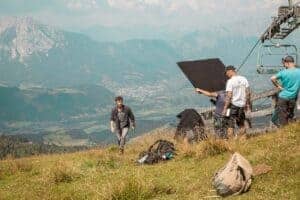 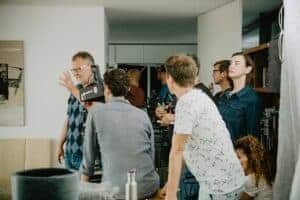 Video production Vienna – from the idea to the finished video

Video production – this is how a successful video is created!

Video is a particularly expressive medium and tells a self-contained story within a very short time. However, videos should not only provide information in the context of video content marketing. They should make a lasting impression and take the viewers on a journey.

Therefore, video production consisting of different production steps requires technical know-how, creativity and a certain feeling for the expectations of the target group.

How is a video production created?

Every production of a video begins with the development of an idea. Regardless of whether you are planning a video for general video content marketing or a special topic such as branded entertainment.

At the beginning of the production there is the brainstorming and conception. How long this phase lasts depends on various criteria. Often, customers of the Viennese film production company present the concept of a finished idea on first contact. Others have a rather vague idea. Therefore, every video production starts with a joint workshop. During this intensive cooperation, specific goals and their successful implementation are defined, taking into account the available budget.

As soon as this creative phase is completed, the pre-production phase begins. Experts from Das R& write the script and submit it for approval. After the script has been approved, any actors needed will be cast, locations selected and the logistics required for the video production planned. This is concluded by a pre-production meeting.

Then the realisation phase starts with a video shoot, which is followed by post-production. The film is edited, it is technically optimised, with image and sound being merged. After approval by the agency, the final version is produced.

The last step in any video production is distribution, in which the finished video is played on the desired data carrier.

How long does a film production take?

It is difficult to give a reliable indication of the production time. Because too many factors influence the various production steps. The length of the video is just as important as the complexity of the topic. Depending on the ideas and their implementation, production may only take a day or a whole week. In particular, recordings that are primarily made outdoors are more susceptible to delays due to the weather than filming that is only planned indoors.

One example is videos that require bright sunshine for a specific topic. Because while weather conditions such as rain, storm or snowfall can be simulated without any problems, this is often only possible to a limited extent if it is sunny outdoors. If this situation occurs, the shoot may have to be interrupted.

Other factors that lead to delays mainly affect the post-production phase. The more changes to the raw material are required, the more time it will take to produce the video.

Who does what in a video production?

A wide variety of specialists are involved in video production. This already begins with the conception phase, when the Das R& team elaborates ideas and concepts for/with client and agents. Authors who specialise in writing screenplays and storybooks transform the concept together with directors into a ready-to-shoot manuscript with different scenes.

When shooting begins the camera comes into play, and for Das R& it is only handled by experts in their field. A camera assistant supports you with image technology. Sound and lighting technicians and video editing and editing assistance staff are indispensable in the post-production phase.

If you work with human actors, mask and costume experts accompany the shoot. Some of these are already included in the pre-production.

As a famous film production in vienna, Das R& only works with professionals who have extensive experience in producing high-quality videos. 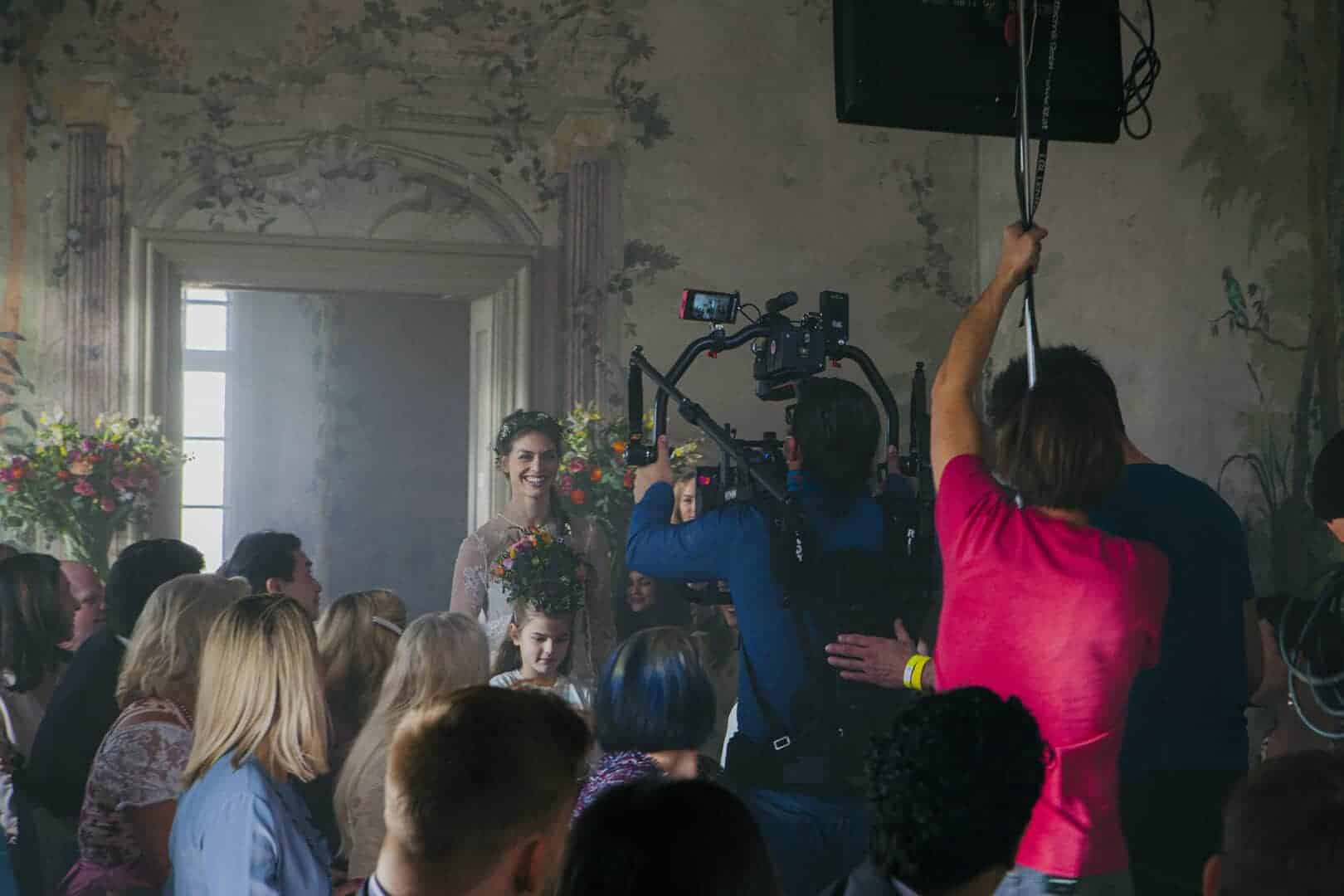 Why produce an online video?

Online videos play an important role in marketing. Because online videos are specially produced for use in a wide variety of channels on the web. These can be social media channels such as Facebook, video platforms such as YouTube or your own website. But the online press is also one of the target groups of this project.

An advertising or image film produced especially for the web reliably covers requirements such as fast loading times with high quality. In this way, you can reliably reach your target group with a professional online video where they are.

Online videos are ideal as video ads when placed in front of other videos that your target group is interested in. However, in order to attract attention in this area and to create a lasting effect, professional design of the video is an important prerequisite.

What does a video production bring to my company?

It is above all the professionalism of a film company that gives a corporate video its special quality. Because this enhances the professional corporate image, the influence of which on the trust of the target group should by no means be underestimated.

However, there are other reasons as well. Video marketing is one of the most effective advertising strategies. The effectiveness of videos is primarily based on the fact that users on the Internet increasingly prefer information through videos.

Branded entertainment is particularly successful when you tell an emotionally designed story about the product. Often only a cleverly placed product or logo indicates that it is an advertisement. A particularly popular example, which as a video tells more than written words can, is the clip “The Gentleman’s Wager” produced by Johnnie Walker Blue Label.

What does a video production cost?

It is difficult to answer how high the costs of a video production for a Viennese advertising film will be. Because there are too many factors influencing it. The length of the film is just as important as the effort involved in realising the idea. A professional, factual image film that is shot in-house is very likely to cost significantly less than a film made in the context of branded entertainment.
It is almost impossible to quote substantial costs without any clues. But the Das R& team will be happy to personally advise you about what the budget for realising your idea will look like.

What makes a good video production?

A good film production company only works with experienced professionals who have the necessary specialist knowledge. This starts with the conception and extends to the demanding tasks of post-production.

An important goal of videos is their lasting effect on users and maximum reach. This requires the development and implementation of ideas that will clearly set your company or your products apart from other competitors.

Ideally, the project starts with an intensive workshop in which you and the video production team take part. Another important quality feature is a comprehensive conception phase as well as intensive cooperation between the Viennese film production company and you during the entire project.

Last but not least: Check out the film production references! 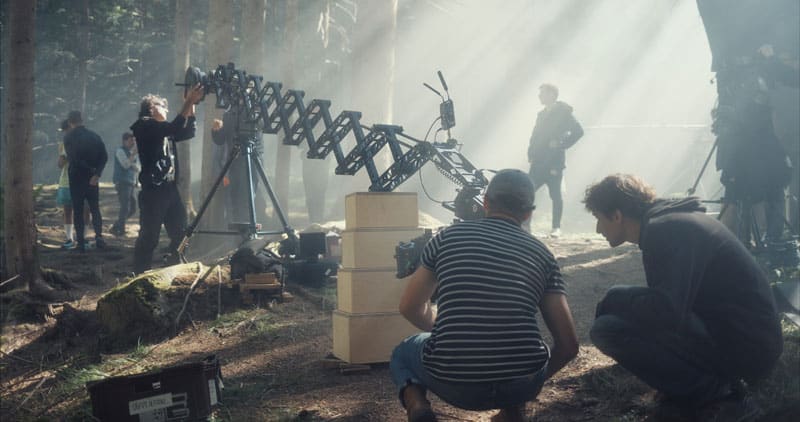 A professional video production is complex and requires extensive know-how and experience in this area. In addition, there is the available technical equipment, which plays an important role in the success of a video. If these requirements are met, the medium of film is an indispensable element in order to inform the target group about products, projects or companies in an exciting and entertaining way.

The advantage of high-quality videos lies in their lasting effect on the target group and extensive reach through the use of channels that are relevant and available for the company from social media to presentation in the showroom, at trade fair appearances or in the context of press work.

Contact the Das R& team and find out what your options are.

You can find more information about our projects here.