Branded entertainment for your company

Branded entertainment was already a topic in the 1930s, when Procter & Gamble won over the target group for its products with entertaining radio soap operas. In the course of time, the extremely effective instrument of brand presentation increasingly slipped away into oblivion.

About 15 years ago, however, branded entertainment became increasingly important again when BMW commissioned and published the hugely successful short film series “The Hire”.

What does branded entertainment mean?

In addition to media products such as music, games, mobile applications or books, branded entertainment primarily uses the medium of short film and gives a brand a special form of presence. Although the client of the film or the short film series presents themselves, the plot is always in the foreground.

The brand and its products are integrated rather subtly. A special message, which intuitively connects the target group with the brand name, is reflected directly in the action or forms a meaningful conclusion. Using actors who have a corresponding prominence for the target group achieves additional positive effects.

Numerous examples show how successful branded entertainment is. The short film series “The Hire” by BMW or the clip “The Gentleman’s Wage” by Johnnie Walker Blue Label are considered particularly successful.

The short film “Polar Bears” commissioned by Coca Cola, which focuses on the polar bears from Coca Cola, which have been known for many years, is also one of the successful products of branded entertainment.

The production of such short films requires extensive specialist knowledge and know-how because the demanding content increases the complexity of the implementation. You should therefore rely on the expertise of an experienced film production company. More on this under Film Production Vienna.

How does branded entertainment differ from other marketing measures?

The advertising film puts the brand or product in the foreground and the plot forms the framework. 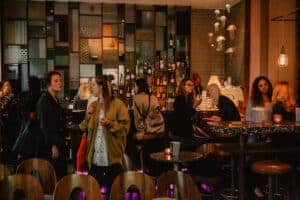 Branded entertainment communicates values, attitudes to life and moods through a self-contained and longer course of action lasting several minutes. The plot is designed like an entertaining film that is intended to captivate the viewers.

The result is an often artistically high-quality short film or even a series of short films. The brand presents itself rather subliminally during the action and supports the action.

Brand placement by branded entertainment is often also referred to as a product placement variant. The only difference is that the brand specifies the topic and thus the content.

What potential does branded entertainment have for companies?

Companies benefit from the potential of good, branded entertainment because, due to the length of the film, viewers deal with the information conveyed much more intensively than with a promotional film that only lasts a few seconds.

As a result, the conveyed content and the associated messages remain in the memory longer and the short films have a lasting effect. The ideal media for branded entertainment are above all social media such as Facebook and YouTube, as well as your own website.

Not only the reactions of the viewers to these special short films, but also the numbers speak an unmistakable language. In the USA, for example, after the broadcast of the series “The Hire”, 17.4 percent more BMW brand vehicles were sold compared to the previous year.

At Johnnie Walker Blue Label, the brand value increased significantly after the release of the short film, and sales of the high-percentage Scotch rose by 40 percent.

The production of short films for branded entertainment belongs in the competent and experienced hands of a professional film production company like Das R& from Vienna.

This is because in addition to developing a course of action that is ideally tailored to the target group, implementation is also a challenge. After all, it’s about the presentation of a brand that is supposed to inspire and win over the respective target group in the long term.

The brand presentation is intended to arouse the need in viewers to enjoy the lifestyle portrayed in the film in real life as well.

This goal can be reliably achieved with a professional script, an experienced production team and actors who are tailored to the plot, but also to the target group and locations. The team from Das R& is precisely the film production company from Vienna that meets these high requirements.

Branded entertainment is more than an advertising film

Although brand presentation is ultimately always about convincing the target group of your company, branded entertainment is much more than just advertising. This is because the high-quality short films entertain, provide excitement, and offer special experiences.

In this way, they arouse needs in the long term, which are reflected in significantly higher sales figures based on a wide range of empirical values.

The film production team at Das R& will be happy to advise you on your individual options for optimising your brand presence. You can find more interesting information in this article: Video content marketing.