The advertising film – tips for companies

Advertising film and film production – you should know these tips!

In the past, advertising films, whether as a short spot or a longer version, were primarily produced for TV and cinema. Today, companies are increasingly using additional forms of presentation such as YouTube and other social media channels such as Facebook, Instagram or TikTok to present their products or themselves as a brand.

But how does the advertising film achieve its goal and what should you pay attention to when producing a film?

What is an advertising film?

The advertising film or commercial is one of the classic marketing instruments and presents a product with the aim of increasing the audience’s willingness to buy.

Another important effect is the increase in awareness of individual products and the brand behind them. In this way, a professionally designed advertising film has a lasting effect that also has a positive effect on the company’s follow-up products.

A typical feature of a successful advertisement is the memorable story that the film tells within a short period of 15 to 50 seconds. The emotional effect is of great importance. This is because it should arouse the target group’s approval as well as the need to own a product or to support values by buying a product.

The commercial is often equated with an image film. These two types of film differ significantly, however.

Image films present the company and its values and normally take several minutes. An image film is intended to optimize the positive external perception of companies. The design depends on the detailed objectives and ranges from emotional to an image film with documentary character.

When and how should an advertising film be produced?

As a sales-promoting instrument in classic marketing, the film or video as targeted advertising should convince the target group to purchase or at least promote the product. When the film is produced and used depends on the company’s sales strategy.

Typical occasions for the production of an advertising film can be the following situations:

In many companies, the timing of the film production and the publication of the advertising film on various channels such as TV, YouTube or Facebook is the result of the strategic planning of sales and marketing.

If you value a successful and high-quality advertising film, you should definitely seek advice from an experienced film production company in Vienna. A really good advertising film is convincing with its story, is memorable and encourages the target group to buy or recommend.

The more extensive these activities are, the more effective and efficient your advertising film is.

How are the tasks distributed in an advertising film production?

The first contact is in the form of a general consultation with the customer, which provides important information as a basis for decision-making for or against the advertising video. Sufficient time is therefore also important in this phase.

As soon as the decision for the video has been made, the film agency and the client meet for the first targeted working discussion. Since this requires a lot of time due to the planned activities, it is ideally a joint workshop. You present your goals and all relevant information. If you already have your own ideas for the content, you also present them to the Das R& team.

As soon as you have made your decision to produce the film, the production process starts.

First, the team from the Viennese film production company Das R& works out a wide variety of ideas with you and develops a meaningful concept from them. The next step is to create a professional script. As soon as you agree to the script, the production phase of the film production begins. 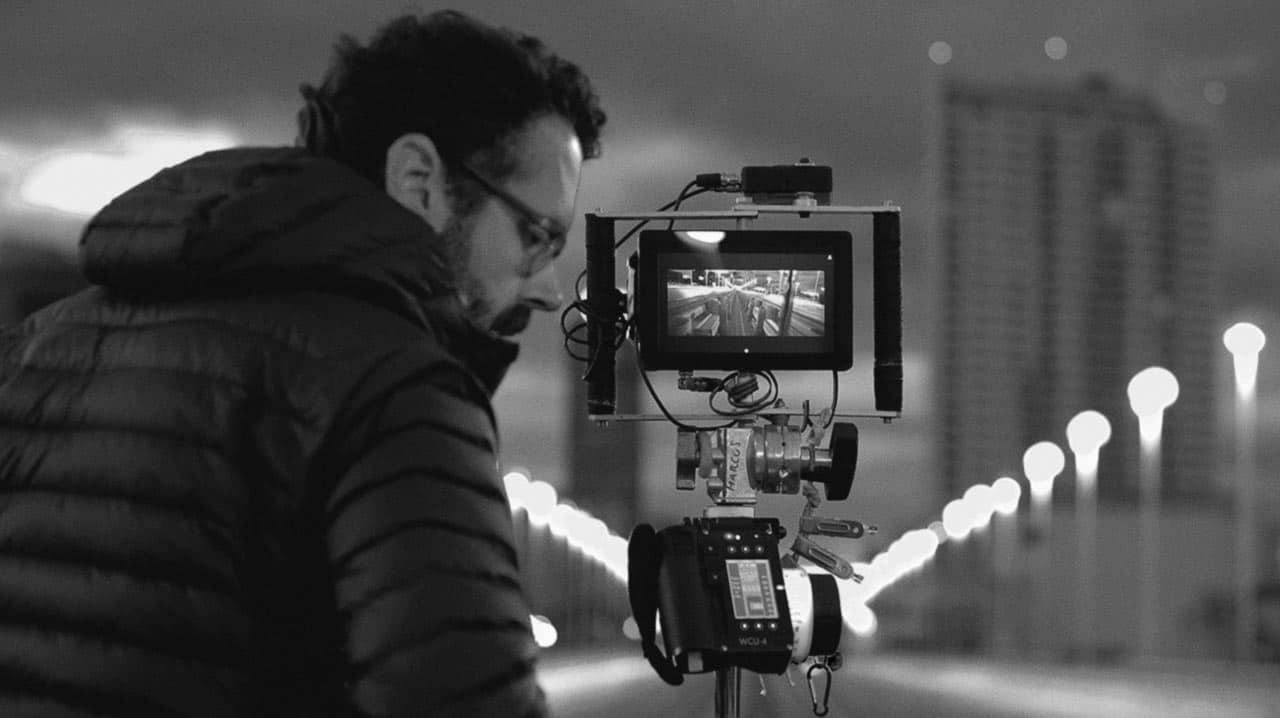 You are involved in all steps, constantly receive all the important information and make relevant decisions such as approving the script or the rough cut before the final completion of the film.

What does an advertising film cost?

The costs for an expressive and high-quality advertising film are not insignificant. However, you should not just look at the cost of film production, but the profitability of the commercial itself. This profitability is influenced by a wide variety of factors.

Only a high-quality advertising film shows a sufficiently high direct and indirect effect.

Innovative methods enable a very detailed measurement of the success of the advertising film.

The most important cost factors include the length of the advertising film, selected locations or the required actors and actresses as well as the needed and often extensive technology. 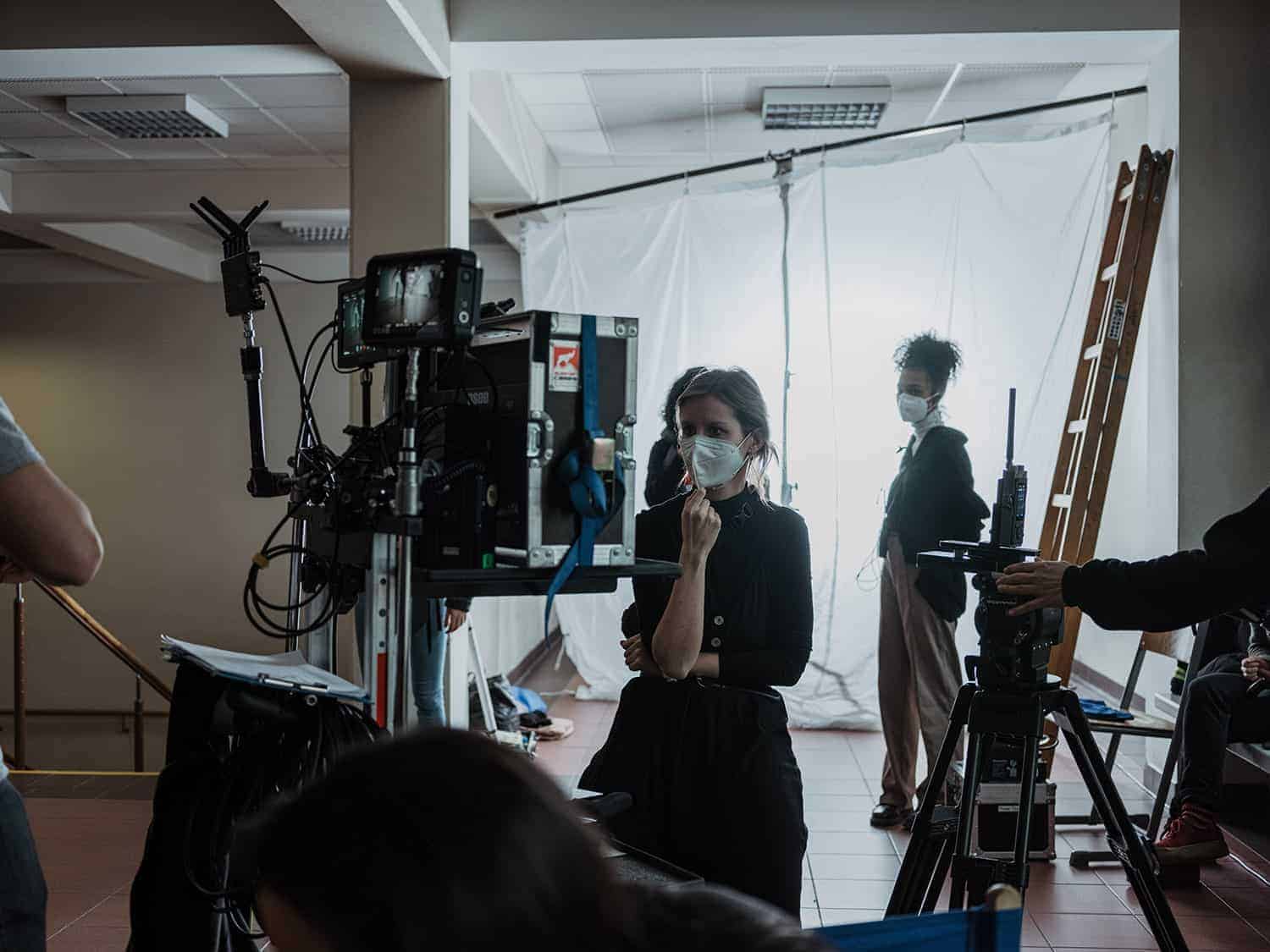 The experience and professionalism of the members of the film production team in turn have a positive effect on costs. As experienced experts, they know that the right idea and its creative implementation are often enough to present your product as successfully in 15 seconds as in 40 seconds.

What should you pay particular attention to in an advertising film?

A good quality film for your advertising is not only characterized by high quality recording and camera work that is individually adapted to the subject. These are properties that should be taken for granted in professional productions.

The focus is on the unmistakable and unique development and implementation of ideas that present your products not only well, but almost perfectly. It awakens positive associations, convinces people of your product and encourages them to think about what they have seen or even to talk about it with others.

The emotional advertising film tells a story. In doing so, it addresses the often secret needs of the audience. Memorable and professionally designed, it arouses the desire to feel or act as the film portrays.

Performance-based advertising films also use emotion as a supporting element, but emphasize the benefits of products or services.

In order to decide which design form is ideal for your advertising film, you have to know your target group, their behaviour, their longings and their expectations of your brand or product very well. It is just as important that you clearly define your goals.

It is important to know your target group exactly and to clearly define your goals.

Only then do messages emerge with which your advertising film reaches the defined goal.

And this is exactly the point at which experienced and successful film productions like the film production company from Vienna, Das R&, differs from others: The film professionals have the creativity and experience to stage a product, service or brand in such a way that they convince and inspire your target group.

A successful advertising film is of high quality and uses emotional design elements in the context of the story being told. Only if you know your target group very well and deal with their strengths and weaknesses you can develop ideas that touch accordingly, awaken needs and thus lead to the desired activities.

The team at Das R& will be happy to inform you about the benefits of a professional advertising film. Just give us a call or contact us via email.