A film production from Vienna brings you closer to your goal!!

Are you an entrepreneur and looking for a format that optimally presents your company, your products or services? Then a commercial, shot in Vienna or in other Austrian and international cities, is the solution. The team at Das R& accompanies your project professionally and with comprehensive expertise from the first consultation to the finished film.

What does the service portfolio of a film production company include?

A professional film production from Vienna offers agencies and companies from a wide variety of industries a comprehensive portfolio of services from the first idea to the finished film. But what exactly are these services?

An image film or advertising film goes through various production phases. Following a detailed consultation comes the creative phase from brainstorming to the script. This is followed by the pre-production and the actual film production. The final stage is the post-production phase.

The film production company from Vienna supports you with its services in all tasks related to the production of advertising films. In addition to the creative design, the writing of the script and the actual shoot, there are numerous organizational tasks. This includes providing the available technology as well as the specialists for picture and sound at the agreed time.

Depending on the topic of the image film or the advertising film, the Vienna video production company selects the required actors and commissions the necessary experts for costumes and make-up. You can also find more information here: Film production in Vienna.

After the shoot, the raw film will be edited and cut accordingly. This demanding task is also carried out by highly qualified Das R& staff.

It is particularly important that you as a customer are involved in all important decision-making processes.

What is the work of a film production company?

Comprehensive creative processes and numerous organizational tasks are part of the production of the film. But the extremely demanding post-processing of the film material up to the final result is also carried out exclusively by selected experts from the film production company. After all, this stage in the work place a significant part in the success of the finished film. 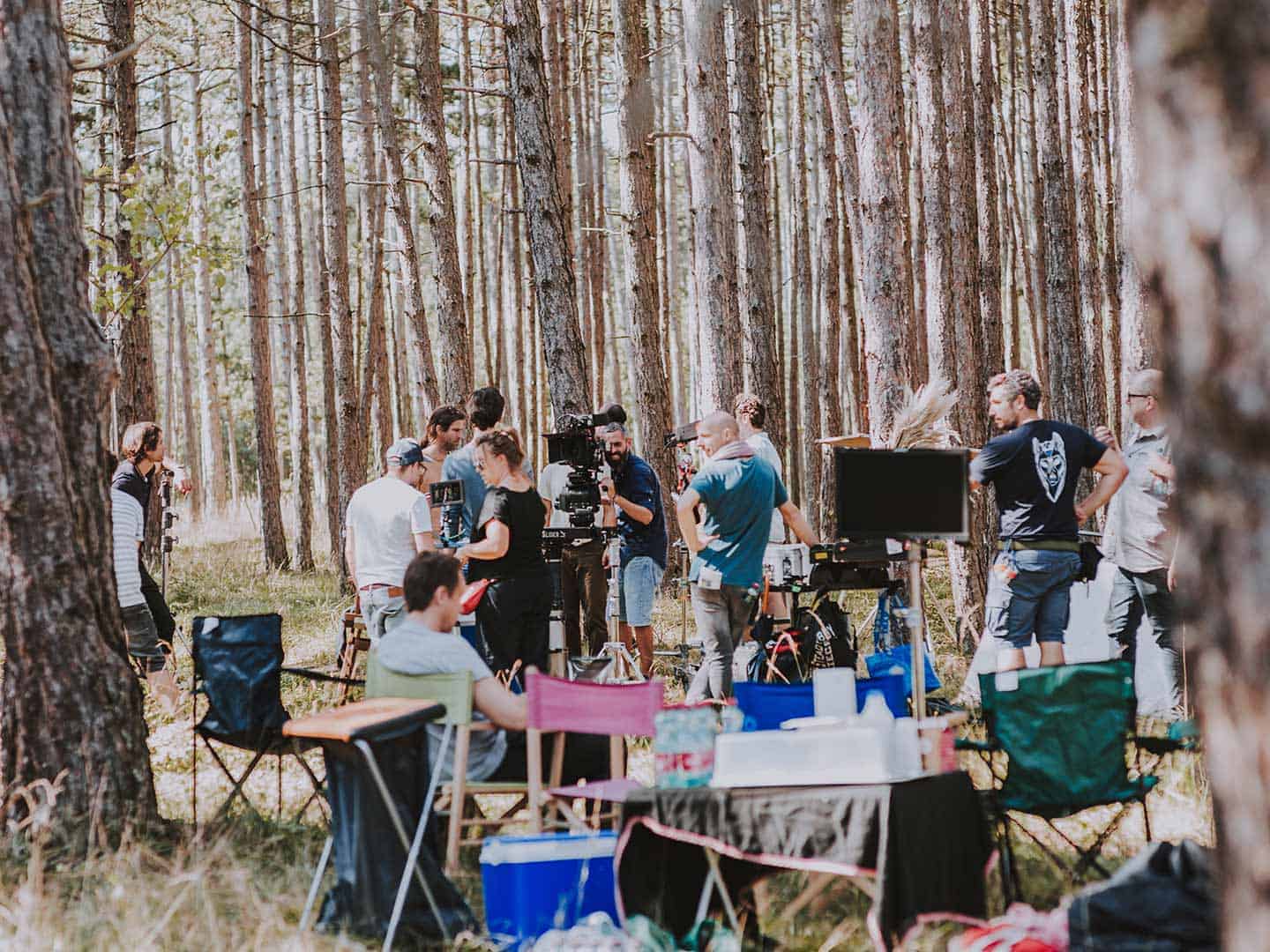 When do I need a film production company?

You always need a film production company if you want to produce a professionally designed video appearance for your company. This includes the pure image film about the company as well as an advertising film that you have produced in Vienna or in other Austrian cities or internationally.

This also applies to the realization of a story or a special message in the form of a short film or feature film. Here, too, the extensive expertise of an experienced professional is required because only they can fulfil all the requirements for a successful film or video.

Why Das R& as a film production company?

In addition to the professional and creative implementation of a wide range of ideas, Das R& offers a comprehensive service portfolio that accompanies you from the initial idea to the finished film. But Das R&’s customers also appreciate important features such as intensive and productive cooperation, communication in a spirit of partnership, and a high degree of reliability and adherence to deadlines.

After getting to know each other for the first time, in which you receive all the important information for the implementation of your planned project, a very intensive phase of cooperation begins. At the beginning there will be a lot of talk about your project and the associated goals and, if you wish, we will advise you on how you can use the film optimally after completion.

An important step is the subject matter of your planned film and its implementation. If you bring your own ideas, we will refine them together with you. Or we develop creative and target-oriented solutions for your image film or advertising film. During the entire development phase, we keep an eye on the identity and image of your company as important influencing factors on the content design of the advertising film production. The script concludes this phase.

During the cooperation stage, different tasks will arise for you and the experts of Das R&. These are clearly defined for everyone involved in the project. Only if everyone knows exactly what to do can the successful realisation of your project be guaranteed.

After the script has been completed and accepted by you and all tasks have been clearly assigned, the organizational phase begins. While you initiate all in-house organisational steps, the team at Das R& procures all resources required for the commercial film production on schedule. This includes all the technology, props and, if necessary, actors through to any indoor and outdoor locations that may be required. Of course, Das R& also does all the filming as well as the animation of the film.

Continuous consultation with you is important to us throughout the entire post-production process in order to reliably implement all your expectations. If all requirements are implemented to your satisfaction, we will deliver the final film.

Do you have any questions about the production of an image or advertising film? Contact us via the website for a no-obligation consultation.